[download the windows build for best performance. enabling vsync in the options menu may also help if you are encountering performance issues]

Muse Dash is the property of PeroPeroGames, I have no intention of upsetting the creators/fans of the original game this short demo is based upon. I created this just for fun and to learn more about the intricacies of developing a rhythm game, and have no plans to further develop it beyond a few bug fixes/refinements and perhaps a new stage or two.

so some constructive criticism:

1. the controls feel unresponsive, however that is because of the timing windows for hits which feel weird and off, which isn't great for a rhythm game.

2. if I hit D/F and it doesn't hit anything, I can't cancel it by hitting J/K, I just have to sit there and watch the whole animation play

3.  the mapping is good sometimes, but other times it's completely against the rhythm of the song. I noticed it a lot in red and violet.

4. there seems to be a weird kind of stunlock that appears when you are hit, which forcibly greys out sliders that you haven't reached yet and doesn't allow you to hit other obstacles, however this may just be an extension of #2.

these make the game feel... bad (doesn't really effect hinotori due to how slow it is, but for the other 3 it just feels off). still a nice game tho. keep up the good work ^_^.

How do you make the downloaded game run full screen?

bro i am so bad at this... how do you do the part with kiara

this just feels awful to play the controls are extremely unresponsive and there isn't a slider to make the bg darker (this is extremely painful to watch). good try but better luck next time.

also i don't think this was done in collaboration with muse dash and just feels wrong.

Hey, I'm working on a rhythm mapping tool for games like yours. it's called MBOY Editor (https://vfpe.itch.io/mboy-editor) Do you want to try it for your game? Vic

It took me some time to get used to it but it is a very fun game>:D

its not working for me anymore

free muse dash? here it is

kinda hard to play this with a controIIer when there's Ioads of input Iag especiaIIy during jacks compared to muse dash. aIso mogu mogu is a must add to this game cuz muse dash devs are cowards

you should add a safe mode, a mode where you cant die and you can just play the song and see how bad you are

great game, too bad I suck ass at rhythm games

the game is pretty fun but I feel like when you press a button, it got a little bit of delay
like it's small but when I go tryhard mode then it's annoying
maybe because I still using a laptop keyboard or maybe I suck at the game

very good, but i think it would be good to have fullscreen and HFR modes for displays

Damn i really like this MUSE DASH RIPOFF you guys made, while saying it's an original thing.

it really takes a new kind of low to do this. If you can't make a game, that's fine but don't steal from independant devs who actually put effort in their stuff because that's just messed up.

just a short fangame with hololive characters. consider this a "free demo" of sorts, one would get before buying Muse Dash just to see how it plays.

Muse Dash is the property of PeroPeroGames, I have no intention of upsetting the creators/fans of the original game this short demo is based upon. I created this just for fun and to learn more about the intricacies of developing a rhythm game, and have no plans to further develop it beyond a few bug fixes/refinements and perhaps a new stage or two. 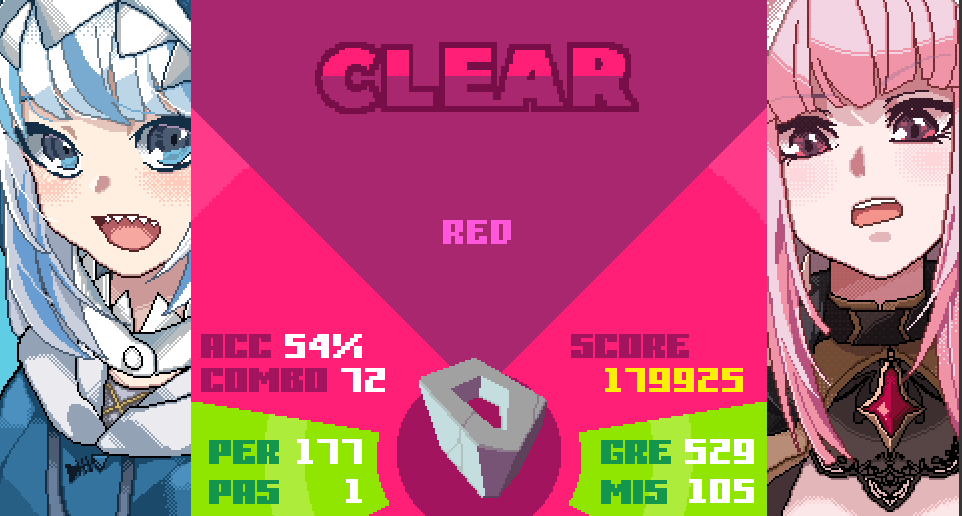 Its very fun! though sometimes it doesn't pick up my hits on some of the maps

Got FC on my second try 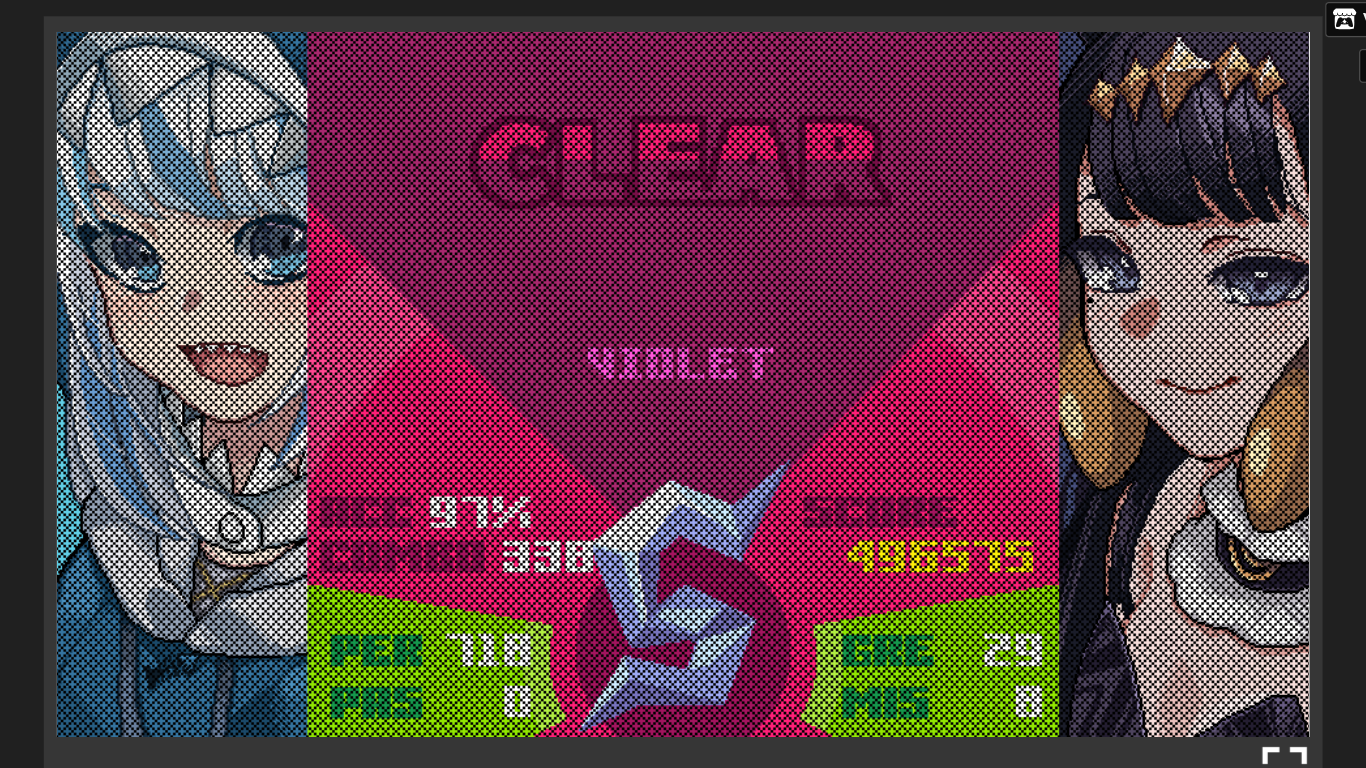 My problem from earlier is fixed now! Thank you!

Being able to change the background brightness would be nice too 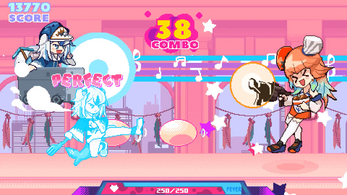